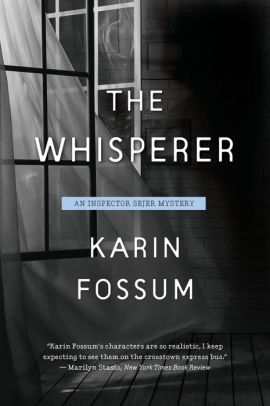 Share:
In this tense and twisty latest from Norway's maven of crime, time shifts between Inspector Sejer's interrogation of the accused Ragna Reigel and the shocking events that led up to her arrest. How did this lonely, quiet woman come to kill a man -- or did she?

How did a lonely, quiet woman come to kill a man -- or did she?

Ragna Riegel is a soft-spoken woman of routines. She must have order in her life, and she does, until one day she finds a letter in her mailbox with her name on the envelope and a clear threat written in block capitals on the sheet inside. With the arrival of the letter, and eventually others like it, Ragna's carefully constructed life begins to unravel into a nightmare -- threatened by an unknown enemy, paranoid and unable to sleep, her isolation becomes all the more extreme. Ragna's distress does culminate in a death, but she is the perpetrator rather than the victim.

The Whisperer shifts between Inspector Sejer's interrogation of Ragna and the shocking events that led up to her arrest. Sejer thinks it is an open-and-shut case, but is it? Compelling and unnerving, The Whisperer probes plausible madness in everyday life and asks us to question assumptions even in its final moments.