The Which Way Tree — Elizabeth Crook 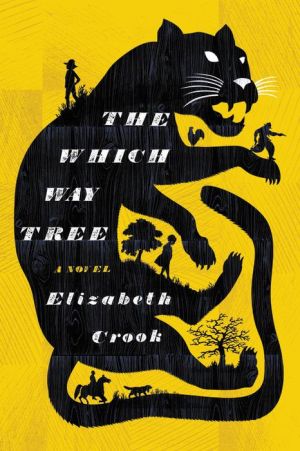 For readers of True Grit, The Sisters Brothers, and Winter's Bone, a young girl's odyssey to avenge her mother's death by tracking and killing the panther that claimed her life.

In 1860s Texas hill country, in the midst of the Civil War, young Samantha (Sam) Shreve is rescued by her mother, Juda, from a panther, only to witness that same panther kill her mother while Sam, age six, looks on helplessly from the branches of a nearby tree. Forever after, Sam is determined that one day she will track and kill the panther and avenge her mother's death. The intervening years see the legend of the panther, El Demonio De Dos Dedos, grow throughout the region.

At the age of twelve, Sam enlists her half brother, Benjamin, both of them now orphans, along with Pacheco, a gallant Mexican outlaw, and Preacher Dob, a guilt-ridden minister with an aged but unstoppable tracking dog named Zechariah. This small but mighty group must frequently thwart a sadistic Confederate soldier, Clarence Hanlin, and in so doing, they bind together ever stronger on their quest for righteousness. Narrated by Benjamin, THE WHICH WAY TREE is a timeless story, and an adventure of love, family, and revenge.
Reviews from Goodreads.com