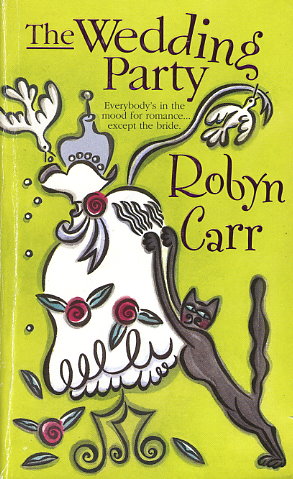 Charlene Dugan started her day as usual -- single. Then, all in the space of a few hours:

Now her decision to utter those three little words -- let's get married -- has everyone around her in a tailspin. The maid of honor is in a tempest over a man fifteen years her junior. Her daughter, the official bridesmaid, has decided to reinvent herself. The groom is spending all of his free time with the wedding consultant. And her ex-husband, a man who still drives her crazy, is making some pretty convincing arguments for a second chance.

The wedding party is out of control, they're calling for rain, and the bride has cold feet. This isn't exactly what Charlene had in mind.
Reviews from Goodreads.com

I love this series check it out. I think you will to