The War for the Waking World — Wayne Thomas Batson 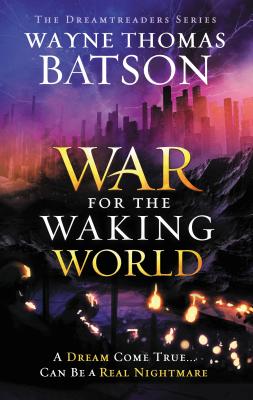 Would you be willing to fight for your dreams?

Fifteen-year-old Archer Keaton has the ability to enter and explore his dreams. He is a Dreamtreader, one of three selected from each generation. Their mission: to protect the waking world from the Nightmare Lord who dwells beyond the Slumber Gate. But as Archer's dreams become more dangerous and threatening, so too does his waking life.

In this fast-paced conclusion to the exciting fantasy trilogy, the dream world and the waking world bleed into each other when a rift is formed between the two. People in the real world suddenly find their waking lives resemble their wildest dreams. Now it's up to Archer and his fellow Dreamtreaders to race to reverse the rift before too much damage is done and to battle Archer's ex-best friend, Kara, who sits on the throne of the Nightmare Lord. Kara is building an army of her own. Will Archer be strong enough to stand against her?
Reviews from Goodreads.com