The Wall at the Edge of the World — Damion Hunter 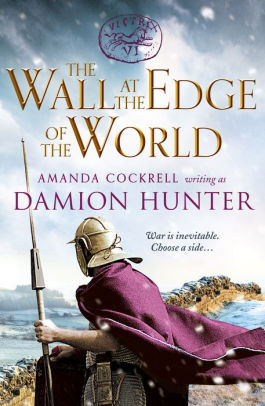 Share:
Save lives… Or take them? A gripping novel of the Roman frontier.
Ebook includes a new short story, entitled The West Pasture
Army Medic Postumus Justinius Corvus is a long way from his native Britannia, in the Syrian provinces at the far corner of Empire. But now he is going home, unexpectedly promoted to Senior Surgeon in the Sixth.
The new Emperor faces problems in the far flung island at the edge of Empire. Trouble is brewing north of the Wall. The tribes are stirring, a new conflict is brewing, old and new loyalties will be tested.
Postumus will find himself at the heart of the maelstrom – and with his hands soaked in blood...
Deeply researched and utterly enthralling, this is a searing historical epic perfect for fans of Ben Kane, Conn Iggulden and Bernard Cornwell.

Praise for The Wall at the Edge of the World
‘A fine mix of story and history, and the author manages to shed light on a period when the Roman Empire flexed its muscles at the edge of the world’ Historical Novel Society
‘The finest sense of history, character and narrative I’ve seen since Rosemary Sutcliffe’ Delia Sherman, author of Changeling