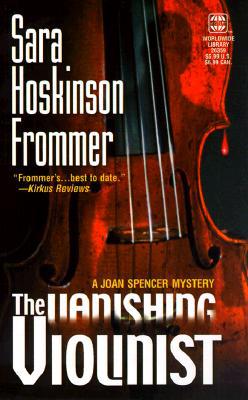 The prestigious International Violin Competition of Indianapolis lures musicians the world over, and this year, Joan Spencer's own future son-in-law is competing. More than beautiful music, however, Joan discovers a world of ambition, fierce rivalries and something sinister when a priceless Stradivarius belonging to a top contender--a seductive Brazilian beauty--is stolen. Shortly thereafter, the woman herself vanishes.

When her daughter's fiance becomes a prime suspect, Joan is more than eager to uncover the truth, find the girl and the violin before things really hit a sour note. Unfortunately, they already have: a fatal hit-and-run of a local police officer may be connected to the mystery. As tensions mount and the competition reaches its most exquisite and thrilling finals, Joan has one eye on the stage, the other over her shoulder, determined to trap a virtuoso killer.