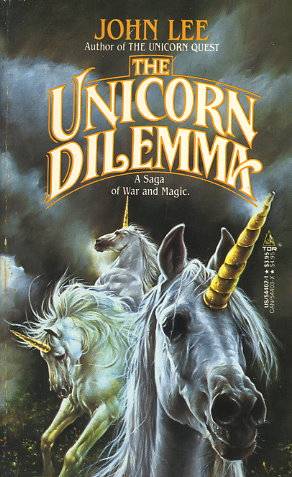 The kingdoms of Strand are threatened with annihilation. For generations, mysterious invaders from the poisoned lands beyond the Giant's Causeway have attacked Strand. Always they have been repelled, and always they return, more powerful than ever. This, time, they bring new machines of war and destruction to aim at the kingdoms.

Darius of Gwyndryth travels to Umbria. While he works to save the beleaguered Eastern Front, his daughter Marianna accompanies Jarrod Courtak, the gawky young magician, on the only quest that can save Strand --the quest for unicorns.

Darius prevails in the battle of the East, and returns home a hero. But his king has been killed in battle, his daughter has brought home a family of unicorns to live in Gwyndryth, and a greater and more ominous war is brewing. Would the unicorns be enough?