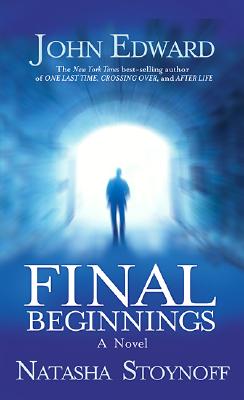 Share:
Four families. One tunnel. And the survival of the country is at stake. Against the backdrop of serial terrorist attacks in New York City, psychic medium John Edward’s second novel follows the lives of four people and their diverse experiences with life and death on personal and global levels.
There’s the cantankerous Brooklyn police chief on the brink of retirement who lost his two sons in 9/11 and is assigned to the big case; the powerful Wall Street mogul who’s betrayed by his secretive family; the Long Island dad trying desperately to keep his cancer-ridden daughter alive following the death of his wife; and tying the trio together? A disillusioned psychic who abandons her self-imposed exile in Italy to come to the aid of her country and, acting as a spiritual sleuth, solves the eerily patterned crimes.
Drawing from his expertise in psychic phenomena, Edward spins a suspenseful, supernatural thriller that culminates in a midtown Manhattan tunnel where the lives and deaths of his characters converge. Reminiscent of the tragedy that is still fresh and deep in the hearts of Americans, these interwoven stories of love, faith, good, and evil answer the questions Edward is often asked by people all over the world: Do we choose the time when we die? Does everything happen for a reason? Do our loved ones guide us from the Other Side?
As with his previous New York Times bestselling novel, What If God Were the Sun?, this fictional narrative will strike an emotional chord with readers while sending a message of universal healing. And in the twilight moment of crossing over, the characters and the reader discover that the final end is really . . . the beginning.