The Truth About These Strange Times — Adam Foulds 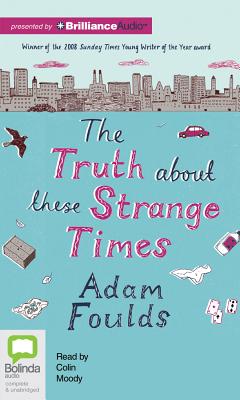 Share:
Saul Dawson-Smith can memorize the sequence of a shuffled deck of cards in under a minute; he can recite pi to a thousand decimal places and he remembers every conversation he’s ever had. He is 10 years old.

Howard McNamee is 28: lonely, overweight, and poorly-educated. He lives in the north of England, far from the scene of his difficult Glasgow childhood, in the home he shared with his mother before she died.

Through a series of unexpected events, these two solitary people find themselves forming an unlikely friendship, as Howard is taken under the wing of Saul’s parents, thrust into a life in London (where he makes new friends, tries to navigate a bewildering new city, and accidentally acquires a Russian internet fiancée) and Saul prepares himself for the World Memory Championships—the event he has been training for his whole life.