The Triumph of the Dwarves — Markus Heitz 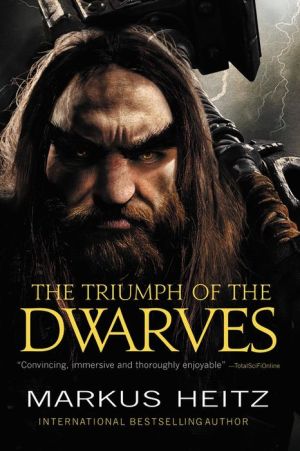 Share:
The Dwarves are back!International bestselling fantasy author Markus Heitz returns to his best-loved series.
After decades of occupation by the älfar, the dark elves have been defeated and peace has finally been declared.

But the nations still distrust each other, and when a child is found in the Grey Mountains who speaks the language of the älfar, the dwarves believe this little girl heralds a new threat. And they will be right - just not in the way they thought.

Under the orders of Ireheart, now High King of the dwarves, a small delegation is sent to search for Tungdil Goldhand, the true High King, who many believe dead. Against all odds, Tungdil has survived his mission to the terrifying realm of Phondrasôn. But is he truly the legendary hero of the dwarves, or an impostor at the heart of a deeper conspiracy?

And does he realise that the fiends from Phondrasôn themselves aren't far behind . . . ?

The action never lets up in this next exciting story in the saga of the dwarves!