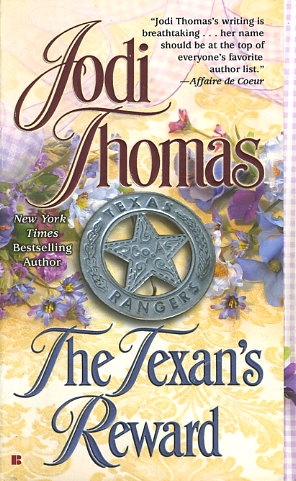 Share:
Years ago, Texas Ranger Jacob Dalton bailed an orphaned girl named Nell out of trouble more times than he could count. But now the kid he once called "Two Bits" has grown into a beautiful young woman--and is in more trouble than ever before.

Wounded in an ambush, Nell refuses to become a burden for her former guardian angel. Unfortunately, her injury has made it impossible for her to handle the ranches she's inherited, so she decides to get herself a husband. One thing's for sure: She isn't about to let Jacob bully her into saying "I do." When Jacob steps in line for her hand, Nell is forced to weigh her need for his help against a love too strong to allow him to sacrifice his future for her.