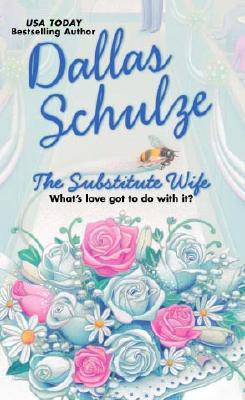 Share:
When Luke Quintain's fiancee dumped him, Catherine Lang understood immediately that she was the perfect solution to his problem. Leggy, flame haired and wise beyond her years, she decided that he should marry her instead.

But even though Luke needed a wife by his thirty-sixth birthday or he would lose his inheritance, he had to say "No!" Well, that was what he tried to say, but somehow Cat left with a ring on her finger and a wedding date on her calendar. And Luke could only curse his grandfather's positively medieval blackmailing scheme...and count the seconds till the wedding night.

Cat, of course, knows her own mind -- and her own heart -- and she wants Luke. Meanwhile, Luke is wondering how long this will play out, and hoping that it might be a little longer with each passing day. The problem is, he's quite capable of doing something very stupid -- like falling for Cat.

Because sometimes love just doesn't take no for an answer.