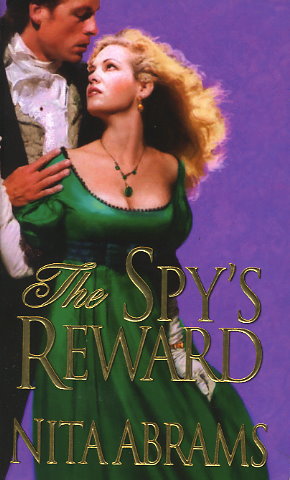 Share:
As news of Napoleon's escape from Elba reaches England, a legendary spymaster discovers his own heart has become a battlefield...

THE RISKS
When Nathan Meyer agrees to escort a young woman home from France, he discovers too late that his family has been matchmaking yet again. He has no interest in the flirtatious and pampered Diana Hart, but when Napoleon escapes, Nathan seizes the opportunity to spy on advancing Bonapartist forces. As for romance, Nathan is much more interested in Diana's mother, Abigail, an attractive widow with a clever wit and sharp tongue, who suspects Nathan is up to something much more dangerous than getting them safely back to London.

...AND THE REWARDS
After following Nathan one evening, Abigail accuses him of putting innocent lives at risk. Yet even as she confronts him, she fights her own fierce attraction to his courage and fire. As the tides of war lead them into a dangerous and unexpected alliance, Abigail and Nathan find themselves confronting their greatest enemy: their own pride.