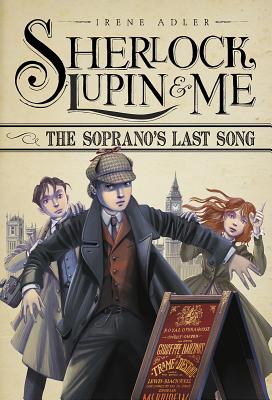 Share:
Irene Adler, Sherlock Holmes, and Arsène Lupin planned to reunite in London, England, for their second adventure together...but Lupin doesn't show up. His father, Théophraste, has been arrested for the kidnapping of a famous opera singer and the murder of a secretary to the great composer, Giuseppe Barzini! The three intrepid detectives start a full investigation to clear Théophraste's name and rescue the missing soprano, Ophelia Merridew, only to discover that the singer is being held captive by criminals in the deadly district of Bethnal Green. Join Irene and her friends in their twist-filled bid to solve the mystery of The Soprano's Last Song.