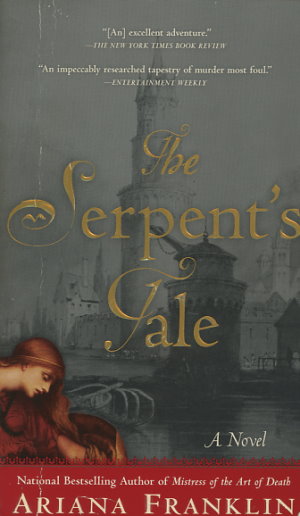 Share:
When the mistress of King Henry II is poisoned, suspicion falls on the estranged queen, Eleanor of Aquitaine. Responding to the king's request to investigate, Adelia Aguilar, expert in the science of death, joins forces with Bishop Rowley Picot, the king's trusted fixer and the secret father of Adelia's child. Their first discovery while probing into the crime is a shocking one -- and an omen of even greater dangers they will face when Adelia's investigative party is overtaken by Eleanor's henchman and held captive in an isolated tower. Now, in the dead of winter, behind a maze of cold stone walls, more victims fall prey to a killer whose terrifying motives could plunge England into a brutal civil war and claim the innocent life of the one person Adelia cherishes most.