The Secret of the Healing Faeries — Nancy Lee Amos 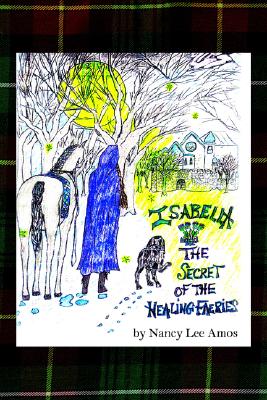 Share:
This tale is about a Faery Princess whose name was Isabella! She was born in a castle along the coast of Scotland on the 12th day, the 12th month the season being winter. Isabella was the only child born to the King and the Queen of the Healing Faeries. It was said the faeries had many talents - some say they could become the size of peoplefolk; others believed they could become as small as a thistle and disappear in a 'blink of an eye'! The Healing Faeries were known throughout the land for their knowledge of herbs and healing. They were happy souls who shared the land with peoplefolk but things were not to stay that way. Due to an uprising over the land between the peoplefolk and the faeryfolk the King has to hide his only child with longtime friend Nanny Belle and her son William. There, Isabella has to do some healing on her own! Overnight she loses her powers, her family and the life she's ever known! She realizes it's up to her to find her family and one-day restore the kingdom of the Healing Faeries. Following her dreams and quest for freedom Isabella finds herself on the shores of Prince Edward Island. To this day they say Isabella arrived on the shores of Howard's Cove. Nestled along the cove is a cliff that looks like a small replica of the coast of Scotland, the place - that has Isabella's clan name! Through poetry, stories and folklore; a dream in which her father appears to her and a mothers' trail of love, Isabella discovers the 'Greatest Secret' ever known by the Healing Faeries! FOR UPDATES AND FURTHER INFO:Email me at: [email protected]