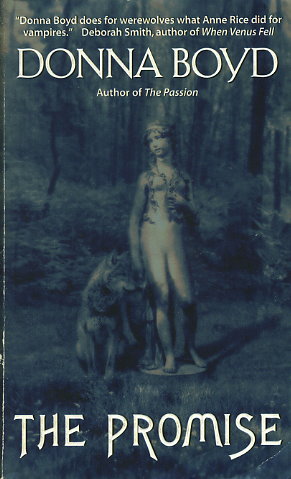 
"I saw the only woman I ever loved almost destroyed by my secrets. But it was the telling of them, in the end, that brought her to ruin." From the journal of Matise Devoncroix

Hannah Braselton North has abandoned civilization to spend her life in isolation among the wild and beautiful animals of the Alaskan wilderness. And a book she now holds fills her with wonder and trepidation. The supposed "memoirs" of one Matise Devoncroix, it is a story of strange desires and forbidden love--the tale of a magnificent hidden race of werewolves and a tortured, doomed relationship written with a firm and powerful hand. Hannah knows it must be fiction, this aching and earnest account of Devoncroix and his lovely, enigmatic Brianna-his lover, his heart, his passion. But the sad, reclusive scientist is haunted by the mystery that surrounds Devoncroix's astonishing revelations-and the journal's connection to a noble, damaged creature she is trying to nurse back to health: a male wolf Hannah pulled from the same airplane wreckage in which she discovered the diary.

But the deeper she delves into Devoncroix's story--and the stronger her recovering "patient" becomes--the more Hannah realizes that what she is reading is no mere invention but the truth. In the story of the fiery romance of Matise and Brianna, the world's true rulers have been revealed to her: fierce, strong, beautiful, and sensual werewolves who have long dominated civilization in secret. And the burned and bloody wolf she brought into her small cabin is one of them. No common beast of the northern woods, Nicholas Devoncroix is a proud pack leader and a living relation of the tragic Matise. And as Nicholas's broken body mends, his awesome powers of attraction strengthen as well-magnetism Hannah will find herself powerless to resist. But returning also are his memories and his rage--and a lust for vengeance that could very well put the future of humanity in dire peril.