The Other Castle — Kit Daven 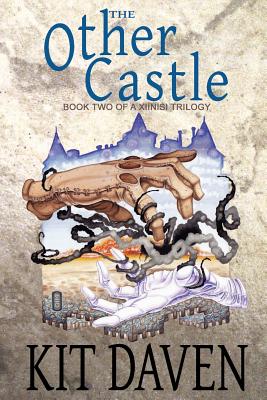 Share:
True nature is impossible to hide.
In the sequel to The Forgotten Gemstone…
As Xiinisi, Ule is a Sentinel-in-training, assigned to protect the world of Elish and keep watch over the demons that roam there. She settles into a comfortable covert existence at Sondshor Castle. where life couldn’t be better. As an Elishian, she’s happily married and has just been promoted to Adept Scribe. When a rare form of election is called by the people of Sondshor, promising to usher in an historic and exciting era,
Ule is poisoned.
Instructed by her Master to leave behind her established life and begin another, she resolves to figure out who murdered her and why, even when she is unexpectedly challenged by the next phase of her training.
Ule must deathmorph into a form she’s never taken before.
Uncomfortable in her new body, she re-immerses herself in the politically charged everyday life within Sondshor Castle and discovers that everyone she knows keeps some part of themselves hidden. Even more surprising, the castle grounds extend much farther than she ever realized, hiding a long forgotten treasure, and clues to the identity of a murderer.
Join Ule as she investigates her own murder, and learns how true nature, no matter how well hidden, reveals itself eventually.