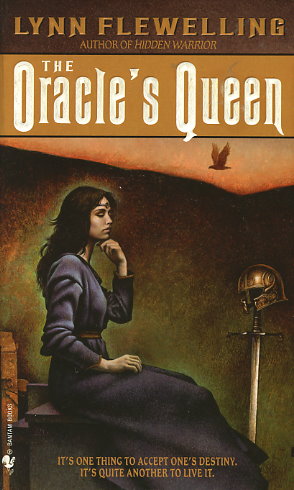 Share:
SHE GREW UP CLAD INA BOY'S FLESH, BUT NOW THE TIME HAS COME FOR HER TO TAKE UP HER RIGHTFUL POSITION AS...THE ORACLE'S QUEEN

Under the rule of a usurper king, the realm of Skala has suffered famine, plague, and invasion. But now the time for the rightful heir has come, a return to the tradition of warrior queens. And the Lightbearer's prophecy is to be upheld at last: so long as a daughter of the royal line defends and rules, Skala will never be subjugated.

Now a mystical fire has burned away the male body known as Prince Tobin, revealing Princess Tamir, a girl on the verge of womanhood -- and a queen ready to claim her birthright after a life in disguise under the protection of wizards and witches. But will her people, her army -- and the friends she was forced to deceive -- accept her? Worse, will the crown's rival heir, friend to Tobin, turn foe to Tamir, igniting civil war in a fierce
battle for Skala?