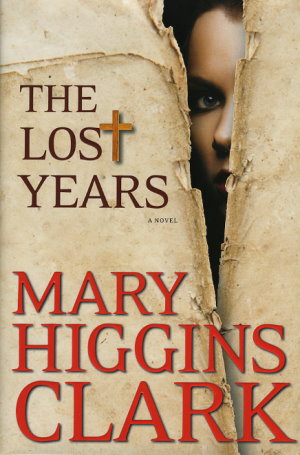 In The Lost Years, Mary Higgins Clark, America's Queen of Suspense, has written her most astonishing novel to date. At its center is a discovery that, if authenticated, may be the most revered document in human history -- "the holiest of the holy" -- and certainly the most coveted and valuable object in the world.

Biblical scholar Jonathan Lyons believes he has found the rarest of parchments -- a letter that may have been written by Jesus Christ. Stolen from the Vatican Library in the 1500s, the letter was assumed to be lost forever.

Now, under the promise of secrecy, Jonathan is able to confirm his findings with several other experts. But he also confides in a family friend his suspicion that someone he once trusted wants to sell the parchment and cash in.

Within days Jonathan is found shot to death in his study. At the same time, his wife, Kathleen, who is suffering from Alzheimer's, is found hiding in the study closet, incoherent and clutching the murder weapon. Even in her dementia, Kathleen has known that her husband was carrying on a long-term affair. Did Kathleen kill her husband in a jealous rage, as the police contend? Or is his death tied to the larger question: Who has possession of the priceless parchment that has now gone missing?

It is up to their daughter, twenty-eight-year-old Mariah, to clear her mother of murder charges and unravel the real mystery behind her father's death. Mary Higgins Clark's The Lost Years is at once a breathless murder mystery and a hunt for what may be the most precious religious and archaeological treasure of all time.
Reviews from Goodreads.com 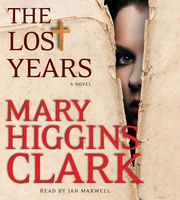