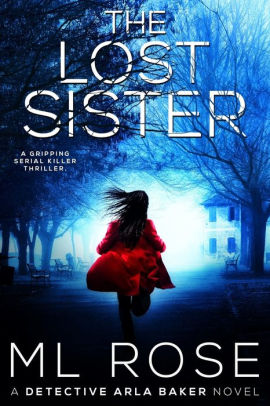 Today, a woman lies with her throat slit open in Clapham Common Park. There are three black triangles drawn on her body. DCI Arla Baker is called in to investigate.
Soon there is another body, killed in identical fashion, in the same location.

Arla knows a vicious serial killer is stalking the streets. But what does the killer know about Nicole? For Clapham Common is where Nicole disappeared fifteen years ago. Arla refuses to accept Nicole is dead. She will not rest till she finds her sister.

As another body appears, it's clear that the killer is hungry for more blood.
And Arla is not the one hunting this crazed psychopath.
Arla is the hunted.

As deep secrets of the past begin to unravel, so does Arla's grip on reality. It's not just her career on the line.
It's her life.