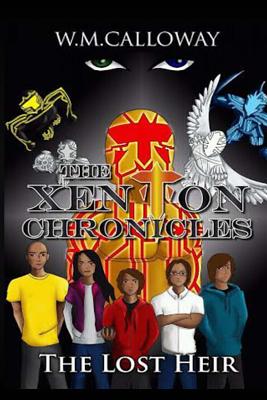 Share:
If you had superpowers, would you give them up to be normal again? The Xenton, being victorious against the world’s most notorious villain, Griflore, and stopping a full-scale invasion, have achieved world peace on their planet of Earth. Still, unexplained happenings are still occurring all over the world. With the maniacal bounty hunter, Shuriek, still on the trail of the unknown Prince Ziehr, our heroes will have no time to waste. Meanwhile, Dye, who has become an unsuspecting target for the new Xenton, Cymber, is experiencing an identity crisis. Riley has been getting stronger and the war for dominance over Dye’s body escalates. He is beginning to see his powers as a curse and wants nothing more but to become normal again. Of course, that would be asking too much. When Dye has a dream that he believes to be foretelling the destruction of his world, he has no choice but to remain faithful to his duties. With the help of his siblings, Corrine, Sam, Jason, Mack, and guardian, Arayan, they race to HELP the Prince, and save the world once more. Everything you know about the Xenton will change. Startling revelations and hardships await our heroes. However, answers to many questions still remain, who is the Prince? Can the Xenton reach him before Shuriek does? And who is the Man in the White Suit? These and many more questions will be answered in this third installment and first half of the epic finale of the Xenton Chronicles. Hope is nothing without courage.