The Keeper of Secrets — M.L. Rose 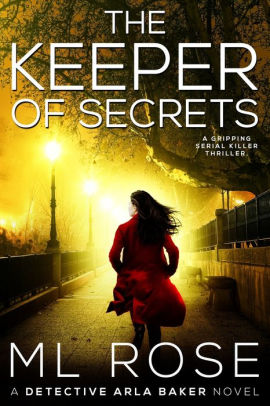 Share:
A teenage girl disappears on the streets of London. Soon, her parents get a note.
Ask Detective Arla Baker where the missing girl is. Then a dead body appears in the local park.

Someone knows a lot about Detective Inspector Arla Baker. They know her hidden past.
They know where she lives. They know about her lost sister, Nicole.
Every move Arla makes to catch this killer is anticipated. It's as if he knows what she'll do next...
Pressure is mounting on Arla. Not least because the missing girl happens to be the American Ambassador's daughter.
But why is the killer so obsessed with Arla? More than his victims, it is Arla he wants to have in his sights...
As the net closes around her, Arla zooms in on the social circle of London's upper class, and their dirty secrets.
Secrets some will kill to keep.
Another teenage girl is killed inside the same park, and the same message is left on the body.
Ask Arla Baker what happened.

For Arla, it's not a police case any more. It's a fight for survival.