The Invasion of the Coalts — W.M. Calloway 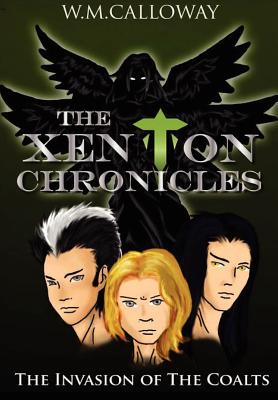 A terrible threat has come to the planet of Earth. With their reputation of saving the Earth from Griflore six months ago, will the Xenton be able to protect their home? With strange occurrences happening all over the world and the appearances of horrible creatures across the planet, the military is getting involved. And who are the two mysterious boys who show up to help the Xenton against the mysterious invasion? Still, the life of a high school student still goes on. Back from training with Arayan, Dye and his siblings are embracing their duty as Xenton. Now a sophomore in high school, Dye falls prey to a new threat...a new student, who arrives and steals his spotlight. He begins to realize that things start to change both physically .....and mentally for him. Secrets will be revealed, stories will be told, new allies will be made, and a new legacy will go down in history. This second installment of the Xenton Chronicles will change the way you believe in hope.
Reviews from Goodreads.com