The Hearse You Came In On — Tim Cockey 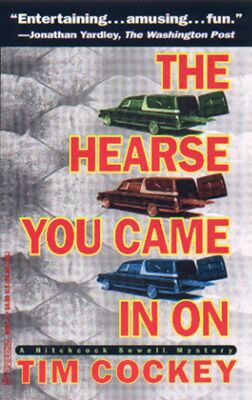 Share:
When a beautiful woman shows up at a funeral home wearing a tennis dress, that's cause for suspicion. When that same woman wants to talk about her own funeral arrangements, well.. .what self-respecting mortician could resist?

Certainly not Hitchcock Sewell, Baltimore's most eligible undertaker. Bemused and bewitched by this alluring mystery woman and her funeral fixation, Hitch's growing obsession soon draws him into a string of increasingly life-threatening circumstances involving blackmail, dirty videos, police corruption, and political cover-ups. Not to mention murder. Before Hitch knows it, he's in deep. And if he's not careful, he could find himself six feet under.