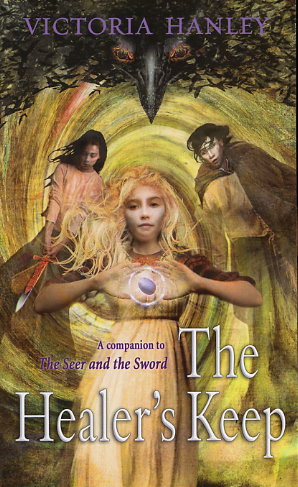 Something is threatening the legendary Healer's Keep, where students gifted in the healing arts are trained. Yet even the Ellowens, the most powerful of all the gifted, are unaware that the forces of the Shadow King have begun to move. Three powerful new students arrive at the Keep as it begins to crumble under the dark force. One is more evil than he first appears and secretly aids the Shadow King. The world's only hope lies with the other two students -- Dorjan and Sara -- who combine their raw and unpolished gifts to fight the growing evil in a fantastical journey across kingdoms, oceans, and dreams.

Will they learn enough in time to keep the darkness at bay? Or will the Shadow King turn their gifts against them and once again walk the world?
Reviews from Goodreads.com