The Hawk and the Dove — Anne Hampson 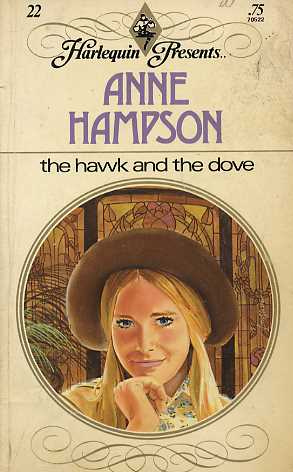 When Janis married Perry Caton, after a very short acquaintance, she was in no doubt as to what she was doing.

It was a marriage of convenience. If he did not marry by a certain date, Perry would lose his inheritance and the family home he loved above everything else; Janis was alone in the world and penniless --so what, really, had she to lose? I n any case, Perry had made it clear that in due course they would "do the obvious thing" about the situation -- and Janis understood what he meant by that.

As time went on, she began to feel that it would be no hardship to put her marriage on a normal footing -- until it began to dawn on her that perhaps that was not what Perry had meant at all . . .
Reviews from Goodreads.com