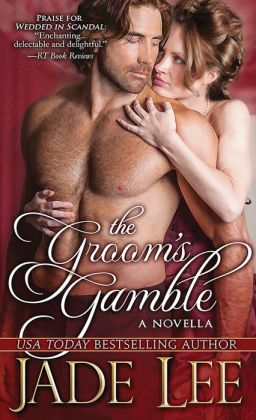 Share:
An original novella linked to Jade Lee's hot new Regency bride series, a prequel to What the Groom Wants.

Caroline Lyncott, great grandaughter of the Duke of Bucklynde, has a secret. Years ago she was attacked and still bears the terrible scars. To escape the scandal and the reminders, she left everything behind to become housekeeper to a Scottish brother and sister.

Gregory Murray, the Earl Of Hartfell, has a secret as well -- he harbors a deep attraction to his housekeeper, Mrs. Lyncott. He knows she has a past, but doesn't know how to fix the pain that still haunts her. His investigation leads him to the darkest London gaming hell and a villain too powerful to destroy.

Can his love overcome her desperate past? Can she risk her heart despite the evil that still haunts her nightmares?