The Girl Next Door — Trisha Alexander 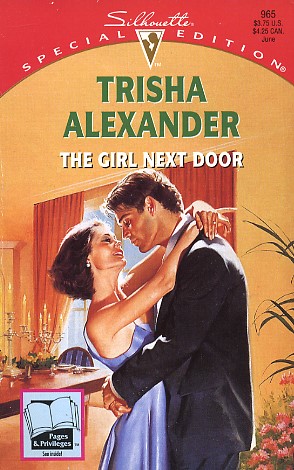 Share:
The man was impossible! Infuriating! Maddeningly blind! Sure, freewheeling bachelor Simon Christopher was Jenny Randall's best friend, but when would he stop ogling busty blondes and start seeing her as more than just plain Jenny, the wholesome girl next door?

Clearly, drastic measures were required. So Jenny transformed herself. From predictable to...provocative. From straitlaced to...sensual. From sweetly domestic to downright dangerous! And Simon began to sweat. Began to see...red. Darn it! He wanted his Jenny back! But would he ever admit he wanted all of her?