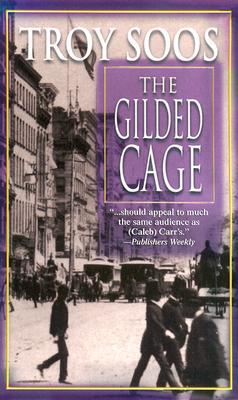 Share:
New York City. 1893. Fear and panic reign. A cholera epidemic has frightened the nation, forcing New York's immigrants into quarantine. While Wall Street money men keep expensive Broadway actresses as their mistresses, most of the country is slipping into a financial depression. And no one feels it more acutely than Rebecca Davies. With the economy shaky, her wealthy father is cutting back the funding for Colden House, Rebecca's shelter for women whom society has cast-off, sold, or abused. Faced with closing her doors and turning the city's most unfortunate out onto its cold, dangerous streets, Rebecca turns to Lyman Sinclair, a young, ambitious banker who seems to have the magic touch with investments that yield remarkable results.

But this time, Sinclair's luck has run out. The banker is found dead, an apparent suicide, and Rebecca's money is nowhere to be found. The police have no interest in investigating further, and Rebecca's arrogant brother-in-law, a Wall Street financier, refuses to help her look into it-in fact, he's adamant about dropping the matter entirely. Determined to recoup her money, Rebecca approaches her friend, writer Marshall Webb.

Together, the unlikely duo embarks on a dangerous quest that leads them into secret land deals and Wall Street swindles...through the underside of New York's tenements and charity wards...behind the smoky rooms of the vast criminal underworld running City Hall's political machine...and into the lavishness of The Great White Way's grandest theaters--where beautiful women do their greatest acting behind the scenes. A massive cover-up is in progress--a scheme that reaches from the top levels of Wall Street down to the mean streets of the Bowery and out to a tiny sliver of land called Fire Island. In a gilded age, where all that glitters masks ruthless ambition, unquenchable greed, and the darkest of hearts, Marshall and Rebecca are about to uncover a crooked deal that could shake the very foundations of New York City.