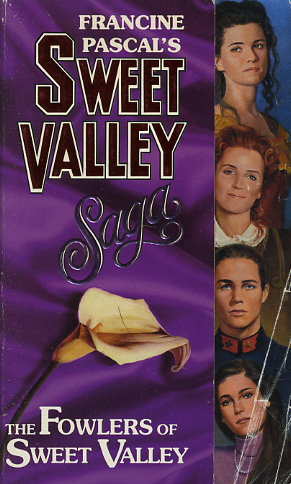 The women who came before Lila Fowler...

Beautiful sixteen-year-old Lili de Beautemps is rescued from guillotine during the French Revolution by a dashing young man--but he disappears before she can even thank him. Will Lili ever see him again?

While working as a maid in the Marquis de Bocage's chateau, Celeste Chardin unexpectedly wins the love of the Marquis's son, Marc. Will Marc give up his family riches to be with her?

Wild and reckless Rose de Bocage grew up with Pierre Oiseleur in the turbulent 1890s. But when Pierre declares his everlasting love for Rose, she tells him she'll never settle down. Will she regret that decision forever?

Isabelle Eastman thought her true love, Jacques Oiseleur, had been killed in World War I. But he miraculously survived. Jacques returns to Isabelle--only to learn she has married his best friend.

In 1968, George Fowler falls in love with Grace Doret, the daughter of his parents' archenemies. Against all odds, he must transform into the man of her dreams. . . .
Reviews from Goodreads.com