The Fire of Home — Alexis Harrington 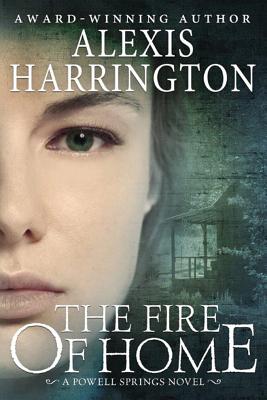 Share:
A Scandalous Homecoming
When Amy Layton's family learned she planned to steal her sister's fiancé, Amy left home in disgrace. But in 1922, she returns to Powell Springs to escape the violent man she married. Despite the town's gossip, Amy is determined to rebuild her shattered life with the boardinghouse she inherited…and little else.

A Terrible Secret
Deputy sheriff Baxter Duncan senses there's more to Amy, his new landlady, than the rumors claim. Yet Bax respects her privacy. After all, a painful secret haunts him, too. And now that he's found a future in Powell Springs, he refuses to let his dark and wretched past destroy everything he's built.

A Redemptive Journey
As Amy struggles to make amends with her family, she finds a kindred spirit in Bax. But just as they begin to trust each other, a new visitor arrives in town -- and this person knows enough to ruin them both. After so much pain, can Amy and Bax still fight for their dreams…and win?