The Fate of the Dwarves — Markus Heitz 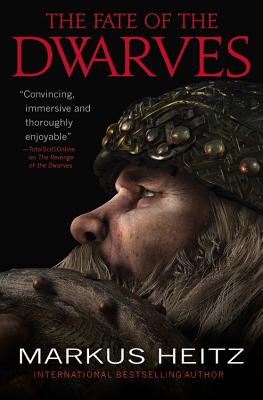 Share:
There has been no word from the courageous warrior Tungdil since the bitter struggle that took place at the Black Abyss. Dragons, magicians, and the cruel älfar have advanced far into the kingdom Girdlegard, ruthlessly seizing vast areas of land. It seems that the dwarves are facing their next battle with very little hope of survival.

But then the inexplicable happens; a dwarf warrior dressed in black armor returns from the abyss - with a formidable army in tow. This warrior calls himself Tungdil, and for his most loyal friend Ireheart and his allies, this means a new hope. But soon doubts begin arise . . . Could this really be Tungdil the dwarf, or is this warrior following his own dark agenda? It is a question of the future of Girdlegard - and the future of all the dwarves.

In the final installment of this spectacular fantasy epic, the greatest of the dwarves' adventures begins . . .