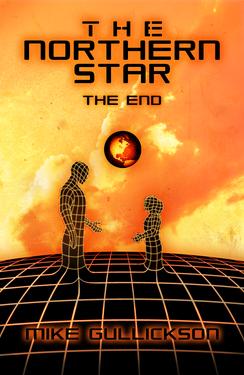 Share:
Mike Gullickson shows a future where the connectedness of our world has betrayed us, where good and evil are shades of grey, and the varied cast of powerful characters move each other like pawns ā€" or kill ā€" to reach their goals.

The final novel wraps up the journey of John Raimey, who, thirty-five years before, became the first bionic soldier ever deployed in war. He is a giant, a Tank Major, fourteen feet tall and with enough power in his fists to level buildings. He is a legend of war, cursed with a fate where everyone he touches ā€" even in love ā€" dies.

Evan Lindo, the father of bionics, now rules the world through his most ingenious creation, The Northern Star. But a war in the Middle East has triggered events that lead to Raimey. And a secret has been unveiled that sets Raimey on one last mission before he finds his place in Hell.

The ancient giant hopes to die.
His existence festers like a plague.

The love he's lost,
And the debts he's paid.

The death he's dealt,
And the waste he's laid.

But one last chance to right one wrong.
One last march into the fray.

Together, they can kill the god.
And set his daughter free.