The Death of Kings — Rennie Airth 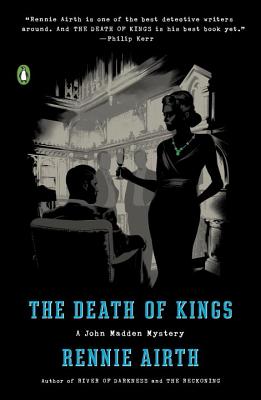 Share:
In the fifth novel in the critically acclaimed John Madden series, the former Scotland Yard detective returns in a gripping post-World War II mystery that will delight fans of Philip Kerr

On a hot summer day in 1938, a beautiful actress is murdered on the grand Kent estate of Sir Jack Jessup, close friend of the Prince of Wales. The arrest of an ex-convict and his subsequent confession swiftly bring the case to a close, but in 1949, the reappearance of a jade necklace raises questions about the murder. Was the man convicted and executed the decade before truly guilty?

Though happily retired from the police force, John Madden is persuaded to investigate the case afresh. In a story of honor and justice that takes Madden through the idyllic English countryside, post-war streets of London, and into the criminal underworld of the Chinese Triads, The Death of Kings is an atmospheric and captivating police procedural.