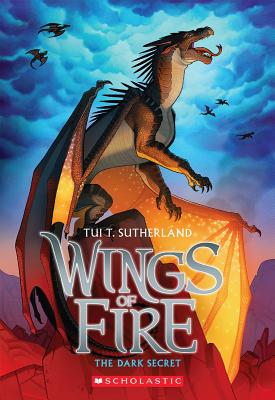 The WINGS OF FIRE saga continues with a visit to the mysterious land of the NightWings, where Starflight must face a terrible choice---his home, or his friends?

Like all the dragonets of destiny, Starflight has always wanted to see his home -- but he's also been afraid of his fellow NightWings. Starflight doesn't have mindreading powers like his tribe, and he doesn't understand why they're so secretive. No one has ever even seen the NightWing queen.

But now Starflight is the dragonets' only hope -- he must find a way to negotiate with his fellow NightWings to free the RainWing dragons they've captured, and perhaps end the war in Pyrrhia altogether. Starflight is the smartest of the dragonets... but is he brave enough to speak up? Or will he falter in his mission, and accidentally betray them all?
Reviews from Goodreads.com