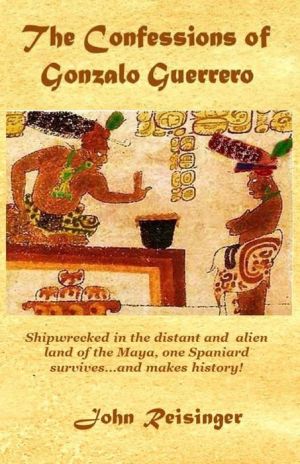 
Would-be Conquistador Gonzalo Guerrero is shipwrecked on the Yucatan coast of Mexico in 1511 and captured by the Maya. After a hazardous struggle to survive in this bizarre and bloody new land, he becomes a Mayan warrior and marries a Mayan woman, the beautiful and clever Zazil Ha. But several years later, other Spaniards arrive bent on conquest, and Guerrero must choose between his new family and the land of his birth. Where does his loyalty lie; to his relatives and family in Spain, or to his Mayan wife and her people, now facing death or enslavement at the hands of the Conquistadors? If he abandons Zazil Ha and returns to the Spaniards, he will be treated as a hero; if he remains, he will become a renegade. He made his choice....and made history. Based on a true story, The Confessions of Gonzalo Guerrero plunges the reader into the dangerous and alien world of the Maya, and the tragic story of the Spanish conquest; a struggle between two worlds that only one could survive. "...brilliant... an exciting and moving book which I highly recommend. Five stars." Nandita Keshavan for Readersfavorite.com