The Butter Did It — Phyllis Richman 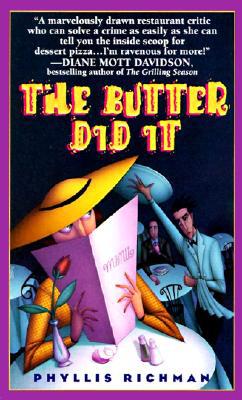 It is the eve of City Tastes, Washington, D.C.'s gourmet gala featuring the delectable handiwork of the city's culinary stars. Renowned restaurant reviewer Chas Wheatley expects to fill her biting Washington Examiner column with reports of a sassy soupe en chamise or a poor palourde en beignets. But when chef Lawrence Levain's heart suddenly stops the night before the event, everyone is quick to name his soaring cholesterol as the culprit. Except Chas, whose discriminating senses smell murder.

Armed with her saber-sharp pen and critic's eye for things amiss, Chas circuits the restaurant scene, doling out biting reviews and delicious recipes, while probing into Lawrence's untimely demise. With a dollop of help from her loved ones at home and a soupcon of advice form a secret admirer at work, Chas's tastebuds lead her down a dangerous trail of revenge and murder, where her next bite could be her last.