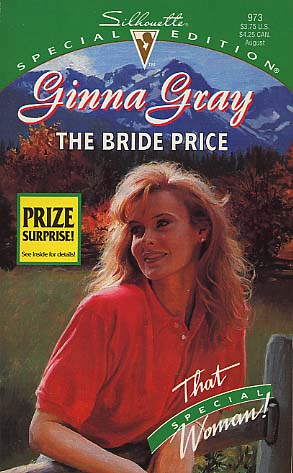 Hell would freeze before a mere female brought proud Wyatt Sommersby to his knees. The macho millionaire always got what he wanted - and then moved on. But Maggie Muldoon proved immune to Wyatt's money, and indifferent to his manliness. Her free spirit pricked his ego...and stroked his lust...until he simply had to have her.

EXCEPT AT THE RIGHT PRICE

Wyatt needed every weapon in his charming arsenal to win Maggie's heart. Now that matrimony was on his min, he'd say - or do - anything to get her to walk down the aisle with him!

THAT SPECIAL WOMAN! She was restless as a rainbow. Stubborn as a mule. And she couldn't be bought...at any price but love.