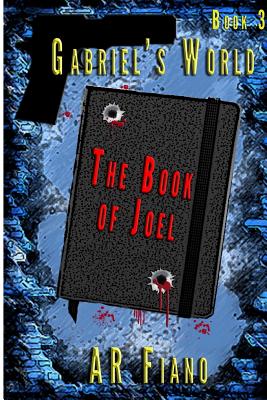 Share:
If the past doesn't kill you, the present will. This story is a departure from the focus on New York City private investigator Gabriel Ross’s cases—his boyfriend Joel’s life becomes the case for them. For Joel, his initial success as an artist is shadowed by his need to confront his parents, who threw him out at age 15. Joel finds his mother is anxious to reconnect with him but his father is still hostile. After discovering Joel's father is involved in a corruption scheme, a shocking turn of events follows that reverses Gabriel and Joel’s roles. As they investigate further, they are pitted against a notorious New Jersey killer for hire. But perhaps more dangerously, they are also stalked by a former police detective--the man who first abused Joel--and who has a twisted endgame in mind. In this story, the current investigation is intertwined with a continuing excursion into Joel's history, capturing the ordeal of how the past and present can strengthen you--or break you. Joel might be moving past what's haunted him lifelong, or he might be about to fatally collide with evil. The Book of Joel features the necessity of facing the past to overcome it. The Book of Joel is the third book in the Gabriel's World Mystery/Thriller/Queer Fiction Series and continues the story of Gabriel Ross, a brilliant and intuitive New York City private investigator and fearless, tenacious artist Joel McFadden. Gabriel’s cases take him and Joel to dangerous places internally and in the real world. On behalf of his clients, Gabriel seeks justice while risking his license, freedom, and life. The Gabriel’s World Series features a gay protagonist, bisexual, transgender, and genderqueer characters, conspiracy, thriller, and dark psychological themes--exploration of the extremes and complexity of good and evil. Each story features the same characters in different but often interrelated cases, and in continuing development of personality and relationships. Each has a stand-alone theme and style, and each story builds upon the previous story and lays the groundwork for the next. Gabriel’s World – It’s Time for New Heroes. Welcome to our World. A 2015 finalist for Bisexual Mystery in the Third Annual Bisexual Book Awards. NOTE: The Book of Joel contains adult content including violence, language, sexual situations, and sexual violence.