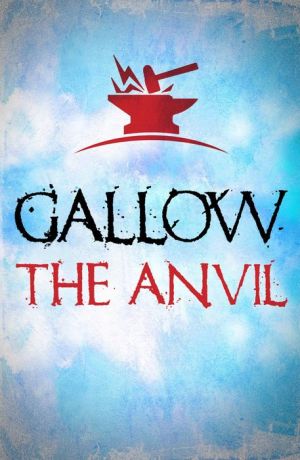 Share:
With the Lhosir king dead and his army slaughtered and drowned on the walls of Varyxhun castle, King Valaric knows it's only a matter of time before the forkbeards stop licking their wounds and come at him again - and when they do he'd better be ready because there's nothing more precious to a forkbeard than his pride. And one of the things he needs more than anything else is a working forge to hammer out more arrowhead and spearheads and draw more wire for mail; and for a forge he needs tools and an anvil.
The nearest working forge that has everything he needs is in Issetbridge. Issetbridge still occupied by the Lhosir so he'd best send someone tough to go and get it, and it has to be someone who knows his way around a forge, but that's not a problem since it was going to be Gallow anyway, his forkbeard smith. What he also has is a man on the inside, a carter whom the forkbeards of Issetbridge will recognise and might even let pass without trying to murder him. It's all good until Gallow's wife Arda points out that half the Lhosir in Issetbridge will recognise Gallow and he's about as subtle and unobtrusive as a smack round the head from a hammer. What Valaric really needs is someone who knows their way around a forge but whom the forkbeards won't notice. A Marroc, not a forkbeard. Better still, a woman. Her.
Valaric reluctantly agrees. What he doesn't know is that Arda and Fenaric the Carter have history and it's not pretty.