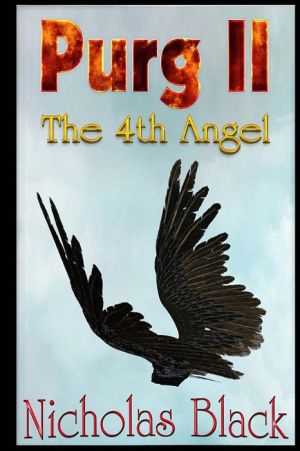 Purg II: The 4th Angel
(Part 2 in the Purg Series)

In this dark and thrilling sequel to Purg, we join the Protectors - Fallen Angels who are forced to protect the city of Purgatory from all aggressors.

The agents and demons from Hades are crossing over into Purg, converting souls to their cause while both sides prepare to start a war that will spill over into the human plane of existence.

Lucifer plots from the Garden of Eden, while his lieutenant, Lucien, welcomes their newest guest - Simon, a serial killer who recently crossed from Purgatory to Hades.

Forest and the other Protectors prepare for a battle that they aren't sure they can win.

The forces of Purgatory and of Hades violently collide in this stunning second book in the Purg series.
Reviews from Goodreads.com