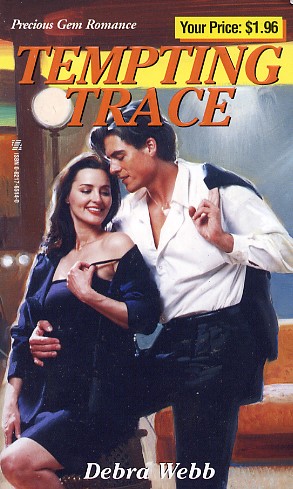 Ten years ago, Trace Walker was the hottest country superstar on the charts--until he pulled a disappearing act. The singer-turned-tycoon prefers his privacy, and he's not thrilled to be the subject of a "Where Are They Now?" segment. When Claire won't take no for an answer, he doesn't just get mad--he buys the station and Claire's contract.

If Trace thinks he can tell Claire what to do, he's got another think coming. The up-and-coming talk show host didn't sweep the ratings on her smile alone. Now she'll need every bit of her city-girl smarts to win this power struggle. She's never met a man so infuriating...so clever and charming...so devilishly handsome...and so completely irresistible...