Tell Me a Story — Dallas Schulze 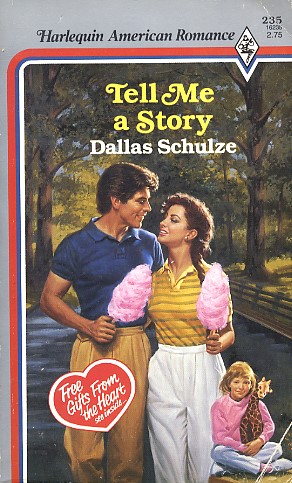 In fact, Dr. Ann Perry was seeing a whole new side to her Los Angeles neighbor. The irresponsible bon vivant had become a model parent ever since he'd found a homeless little girl. Flynn was great at games, a whiz at bedtime stories and terrific at reassuring a lost and lonely child that her parents would soon come to claim her. Flynn easily won little Becky's trust. And in so doing, he won Ann's love.

But was their love real? Or would Ann find, when their make-believe family came to an end, that Flynn's love had been make-believe, too?