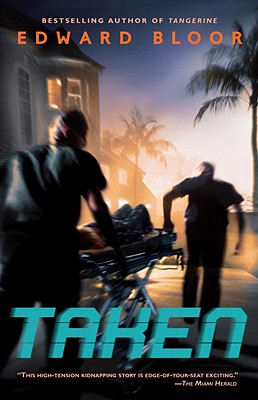 BY 2035 THE RICH have gotten richer, the poor have gotten poorer, and kidnapping has become a major growth industry in the United States. The children of privilege live in secure, gated communities and are escorted to and from school by armed guards.

But the security around Charity Meyers has broken down. On New Year's morning, she wakes and finds herself alone, strapped to a stretcher, in an ambulance that's not moving. She is amazingly calm - kids in her neighborhood have been well trained in kidnapping protocol. If this were a normal kidnapping, Charity would be fine. But as the hours of her imprisonment tick by, Charity realizes there is nothing normal about what's going on here. No training could prepare her for what her kidnappers really want . . . and worse, for who they turn out to be.
Reviews from Goodreads.com