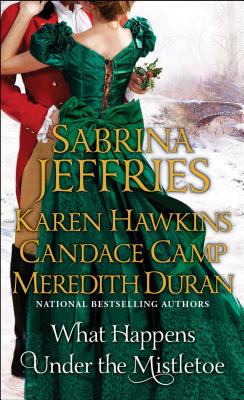 Share:
In Sweetest Regret, will the festive spirit of the season sweep Meredith Duran's feisty heroine beneath the mistletoe -- and back into the arms of the dashing rogue whose carelessness soiled her reputation and sent her into exile in London?

At a house party in the countryside, the joyful spirit of the Christmas season threatens to sweep Georgiana Trent under the mistletoe -- and back into the arms of the dashing rogue who broke her heart two years ago. Little does she know that Lucas Godwin has no intention of leaving until he has reclaimed her as his own.