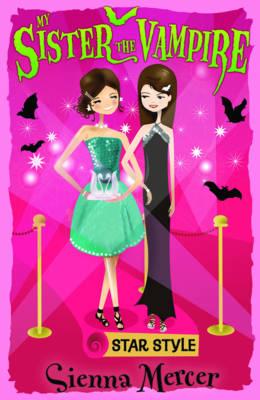 In their eighth adventure, Olivia and Jessica find themselves competing for a role in a vamp romance
It's the premiere of The Groves, the Hollywood film Olivia had a small part in as a goth. Jackson, her Hollywood heartthrob boyfriend, wanted to walk down the red carpet with her, but a fashion disaster makes that out of the question. And then a top Hollywood producer mistakes Ivy, in her goth gear, for Olivia. Meanwhile, the twins' biological dad seems to be hanging around the film's second director an awful lot.
Reviews from Goodreads.com