Spindrift and the Orchid — Emma Trevayne 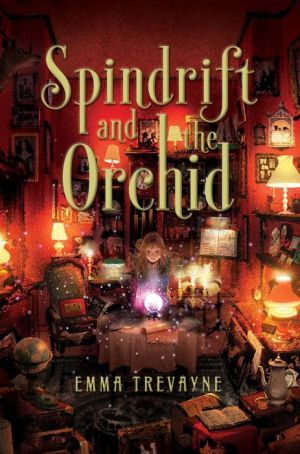 
A girl finds herself entrenched in a dark mystery after the deaths of her parents in this fantastical novel.

When a man walks into her grandfather's curiosity shop and asks about a black orchid, Spindrift turns him away. She's never seen such a thing.

Until one night it appears. Spindrift, an orphan, has one keepsake from her parents…a clear glass orb. Except it's not quite clear anymore. She watches as a black orchid forms inside the crystal. Then the flower blooms into a towering woman in a dress of midnight silk and air, a woman with the power to grant wishes.

But having everything you want is hard to hide. And soon, Spindrift -- and her orchid -- are being hunted.

Left running for her life, Spindrift must ask herself who her parents really were, and whether a wish is really just a curse in disguise.