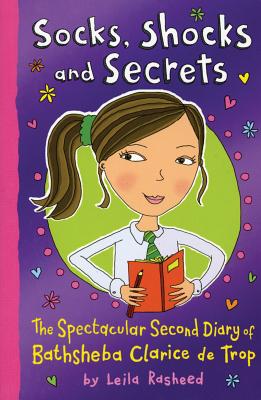 Share:
This is the second outing for the loveable and delusional star-in-the-making.

Bathsheba's back!
Bathsheba Clarice de Trop is going to school for the first time in her life. The daughter of a world-famous novelist, she has had a pampered, home-tutored - and pretty lonely - lifestyle, till now. But her larger-than-life personality means it's not that easy for her to fit in. After all, she's known as the heroine of all her mother's exciting books - and she has to live up to her name. And so she embarks on an investigation to catch the thief of the school computers - and hopefully win herself some friends into the bargain.

Girls will love the hilarious world of Bathsheba, from her glamorous tall tales to those touching home truths.