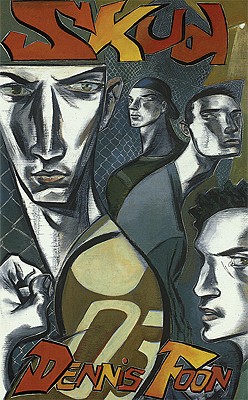 Share:
Four guys -- Tommy, Brad, Andy and Shane – are all making their way in the jungle that is the last year of high school. Tommy, model student, is heading for the military to learn to fly fighter jets. His best friend, Brad, is being scouted for Junior A, which will finally satisfy his ambitious hockey dad. Andy is on the verge of making his acting breakthrough. He's got an agent, and he's got an audition for the role that could launch his career -- the Punk. All he needs is someone who can show him the moves, teach him the hard stare. He turns to Shane, the kid who is so scary that even the teachers are afraid of him. Shane's in a gang, and he and his brother have ruled the street Andy thinks Shane can teach him how to be a convincing criminal.
But when Tommy suspects that Andy has been seeing his girlfriend, Brad goads him into a confrontation, and Shane comes to Andy's aid. And when the shells that the boys have constructed for themselves start to crumble, the situation turns toxic, and tragic.